Can Diet Reverse Symptoms of Dementia? 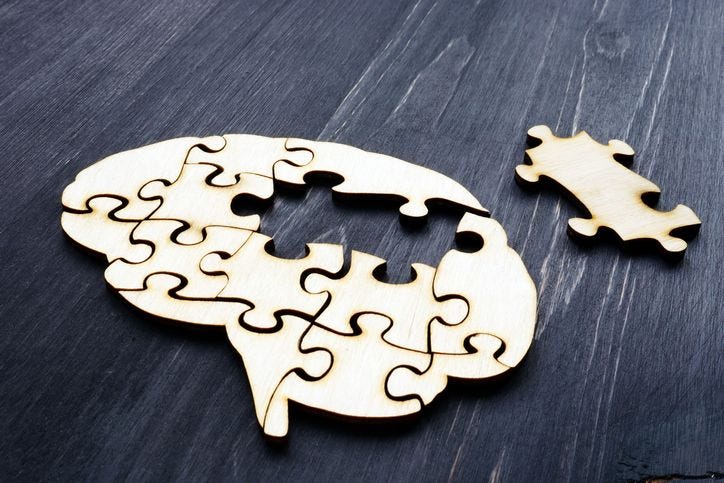 A woman who suffered from dementia found that she could recognize her son again, thanks to a change in her diet.

In 2016, 80-year-old Sylvia Hatzer was diagnosed with dementia and had begun losing her memory. Her doctors prescribed various medications that slowed down the disease but did not stop or reverse its symptoms.

Sylvia’s health continued to decline. She got the point where she needed 12-hour bedside assistance and at one point called the police alleging that she had been kidnapped. That’s when she and her son, Mark Hatzer, decided to take matters into their own hands.

The pair decided to research types of diets that might help relieve symptoms of dementia. They read about how rates of the disease were much lower in Mediterranean countries and decided to start copying those eating habits.

Sylvia’s new diet was comprised of high amounts of blueberries and walnuts, as well as foods known to be beneficial to brain health, including broccoli, kale, spinach, sunflower seeds, green tea, oats, sweet potatoes and dark chocolate with a high percentage of cacao.

“I slowly got my mum back. Her memory is improving all the time. She is more alert and engaged. She is basically her old self again. And I am truly grateful for that and to all those who helped us.”

Researchers have also found key brain nutrients that can support better memory, including

Comments (3)
Ed W Rhoads Aug 06, 2019 10:19
In 2015 I was fortunate enough to get to talk to Dr. Bob on his radio show. He changed my life. I look forward to talking to him again in Heaven.
Reply
Wayne Schenet Aug 10, 2019 19:19
Ed, I was also fortunate to be one of his patients in about 2000, when he was at his clinic in Torrance, CA. He helped me recover from a long history of poor diet. I cannot believe he is gone! He will never be forgotten!
Reply
QNL Staff Aug 12, 2019 20:21
Ed thank you so much for stopping by to share that with the QNL family. We miss him everyday and are committed to continuing on his legacy. If you would like to share your comments, or read those of others you can do so at https://legcy.co/2LW4JUT.
Reply
Related Articles
Categories
General Health
Nutrition
Industry News
Adrenal Health
Bone & Joint Support
Brain & Memory Support
Digestive Support
Eye & Vision Support
Heart Support
Immune Support
Men’s Health
Mood & Sleep Support
Weight Management
Women’s Health
Liver Health
Detoxification & Cleansing
Energy Support
Stress Support
Vitamins and Minerals
Heart Health
pH Balance
Beauty from Within
Cellular Health
Wellness Essentials