Menu
People Who Bought This Also Bought
Compare Products
Compare
Clear All
You have no items to compare.

points
Item:
10470
Revision Number:
R7.3
Skip to the end of the images gallery

Skip to the beginning of the images gallery

Although many factors can play a direct role in health con­cerns, mitochondrial stress and its revival is critical to the prop­er detoxification and health of the cell. The extreme vulnera­bility of the mitochondria can be seen during oxidative stress. The cell’s mitochondria can be elegantly supported by tar­geted nutraceutical agents such as Quantum Glutathione Complex.*

Glutathione (in its reduced form) is a naturally produced, internal antioxidant that plays a key role in liver function and cellular health.*  Glutathione is produced in the cells from the amino acids, cysteine, glutamic acid and glycine. To highlight its importance, healthy cells contain several million times more glutathione molecules as compared to vitamin E.

Adequate glutathione levels help support immune function, which is especially important for older people.*  Maintaining a proper cellular pH environment is also critical to adequate enzyme production that is responsible for the output of glutathione.  Sufficient amounts of glutathione help production of T-cells and their function.*

Adequate production of glutathione is an essential part of the body’s detoxification process. It plays a key role in supporting healthy liver function.*  Higher concentrations of glutathione are found in the liver which support the detoxification of foreign substances.*  By attaching to toxins, it makes them more water soluble for excretion by the kidneys.

• A diet high in animal protein

Product FAQ
What are Excipients?

Excipients are binders, fillers, flowing agents and "glues" that are often NON-nutritive substances used in nutritional products. Many of these substances are HIGHLY questionable.

What about tablets? Tablets ALWAYS contain excipients (that is how they are made; they cannot be made without them). Therefore, we believe it is wisest to especially avoid nutritional products as tablets.

One common example of a questionable excipient is magnesium stearate, a cheap lubricating agent. Research shows it may be immune-compromising.

What is "The Quantum Nutrition Effect"?
Only quantum quality nutrients are capable of promoting the most rapid shift in ideal cellular resonance, we call this the "Quantum Nutritional Effect."
Should I take my supplements with meals or between meals?
Typically, most products can be taken with meals. For specific recommendations, please refer to the label's recommended use.
Do you use animal organ and glands in your products?
Harvested animal organs or glands are not used in our products for many reasons, including the risk of consuming undesirable toxins and hormones that the animal may have bioaccumulated. In contrast, we offer a complete line of organ and gland-targeting products \- without the use of animal organ/glands. Please see our products list to view our comprehensive line of these quantum quality products.
Do You Test for Stability?
As an FDA-regulated facility, we operate under Code of Federal Regulations 21 CFR Part 111, which is governed by the Food and Drug Administration (FDA). The regulation states that we are not required to market an expiry date on our products. If we market an expiration date on our product(s), the regulation also states that it must be truthful and supported by data. Our products with expiry dates follow intensive International Council for Harmonisation (ICH) Q1A – Q1F stability protocol guidelines, which is a standard used for pharmaceutical (both prescription and over-the-counter) drugs. Temperature and humidity can impact a product’s quality, therefore our products are tested at a wide range of storage conditions [25°C/60% Relative Humidity (RH), 30°C/65% RH, and 40°/75% RH] over a period up to 36 months to ensure that the product remains stable and the label claim is accurate when stored as directed. To help with stability, some of our products are nitrogen or argon flushes, and have moisture or oxygen desiccants added. Further, our products are distinguishable b our exclusive Violite(trademark icon) container. Violite(trademark icon) is an innovative, dark violet-colored, polyethylene (PET) plastic bottle that blocks light frequencies between 450-720 nanometers, which can create radiation damage to ingredients.
What is Cellular Resonance?
Exciting research over the last 15 years has shown that the outer membrane structure of every cell in your body is a unique, semi-crystalline matrix. This means that every one of the trillion plus cells in your body has an ideal resonant frequency, much like a crystal glass that rings its own special note when struck.
When do your products expire?
As an FDA-regulated facility, we operate under their rule 21CFR111, which only allows an expiration date after substantial scientific analysis has demonstrated stability to the declared expiration date. The FDA does not require expiration dating on dietary supplements because it acknowledges that there is no standardized method of analytical testing that has been agreed upon throughout the industry. Rather, a date of manufacture is located on our bottles. You can read this code (lot number) easily. It’s six digits (YYMMDD) (year month day) followed by xxxxx– (5-digit item code). So, 180321-12191 would mean Brain Support was manufactured March 21, 2018. Our bottles are flushed with an inert gas (nitrogen or argon) and an induction seal applied, so there is not any oxygen in the bottle to degrade the ingredients. Further, our products are distinguishable by our exclusive Violite® container. Violite® is an innovative, dark violet-colored, PET plastic bottle that blocks light frequencies between 450-720 nanometers, which can create radiation damage to ingredients 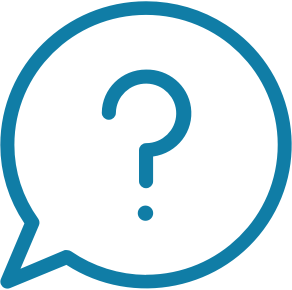