Breast Cancer Awareness Month – How to Watch Out and Protect Yourself 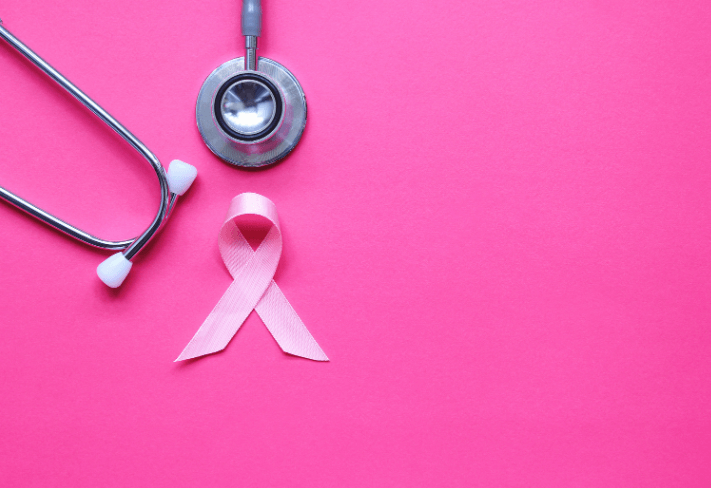 1 in 8 women in the United States will be diagnosed with breast cancer in their lifetime. Breast cancer is the most common cancer in American women with the exception of skin cancers. In 2020, approximately 30% of all new cancer diagnoses in women will be breast cancer. Although breast cancer is extremely common, specific early warning signs can help a woman be aware so she can take some simple measures to protect herself.

A key clarification is that breast cancer can impact both women and men. Although breast cancer is rarer in men, an estimated 2,620 men will be diagnosed with breast cancer in the U.S. in just 2020 alone. Both men and women should be aware of the risk factors of this disease so that they can take action to avoid the development of cancers.

Lifestyle choices have been shown to dramatically impact breast cancer risk and outcome. In one significant study, for 7 years, researchers followed a group of about 30,000 postmenopausal women who had no previous history of breast cancer. They wanted to examine the dietary parameters to determine which women ended up getting breast cancer vs. those who did not. They found that the women in the study who consumed a diet of mostly plant-based foods, limited their alcohol intake and maintained a normal body weight was associated with a 62% lower breast cancer risk. A 62% lower risk is a phenomenal accomplishment!  In fact, researchers have shown that eating a predominately plant-based diet may help prevent, treat, or reverse some of the most notorious causes of death in the U.S., including heart disease, high blood pressure and type 2 diabetes. Yes, a healthy diet does appear to be that important!

Further research has shown that eating a plant-based diet in addition to walking every day for just two weeks may significantly improve your immune system’s cancer defenses. Wow – in just two weeks! But how could this combo (healthy diet/walking) work so fast to improve the immune system’s fighting capacity? Researchers theorized that the reduced intake of animal protein would mean a decreased intake in IGF-1, a cancer-promoting growth hormone naturally present in animal foods. Without the immune-stressing IGF-1 intake, the immune system could then be freed up to focus its efforts on eliminating other unwanted pathogens.

In addition to IGF-1 in animal foods such as red meat, how the meat is cooked was also found to be important. One initiative called the Long Island Breast Cancer Study Project found that during their lifetimes, women who ate more meat that was grilled, barbecued, or smoked had up to 47% higher odds of breast cancer than those who did not.  Do you like to eat meat that is “well done”?  Unfortunately, the Iowa Women’s Health Study found that women who ate meats that were “very well done” such as bacon, burgers or beef, had nearly five times the odds of getting breast cancer compared with women who ate the same meats as “rare” or “medium well done.” Not surprisingly, the amount of cellular DNA damage found in women’s breast tissue was linked to the consumption of fried meat. This type of DNA damage can potentially cause normal cells to mutate into cancer cells.

Other important research shows that cancer appears to feed on cholesterol (as found in animal foods, such as meat and dairy), helping cancer cells to grow larger. That’s why cholesterol is believed to play a direct role in the development and progression of breast cancer. Tumors of the breast may be using circulating cholesterol compounds (from high meat consumption) to fuel and increase their own cancerous growth.

The first step to a healthier diet may be to start by consuming a decreased amount of meat or even skip days with no meat at all, such as having Meatless Mondays.

You can help yourself to live a healthy and happy life by maintaining a regular exercise routine, consuming a healthy diet of organic, plant-based proteins with plenty of organic fruits and vegetables, and maintaining a healthy weight which can help decrease your odds of developing many types of cancer, including breast cancer, as well as to increase your survival chances. These steps help keep your body pH alkaline, which may help prevent cancer cells from forming. Avoiding excessive alcohol consumption and not smoking can also decrease your risk. Keep your risk factors low and your healthy food choices high– you won’t regret it!